Get to know our team | Our team is your team

How long have you been at Reigate Priory LTC: I am lucky enough to have been Head Coach since 2006! I have loved every minute and have enjoyed seeing players of all ages develop through our programme. 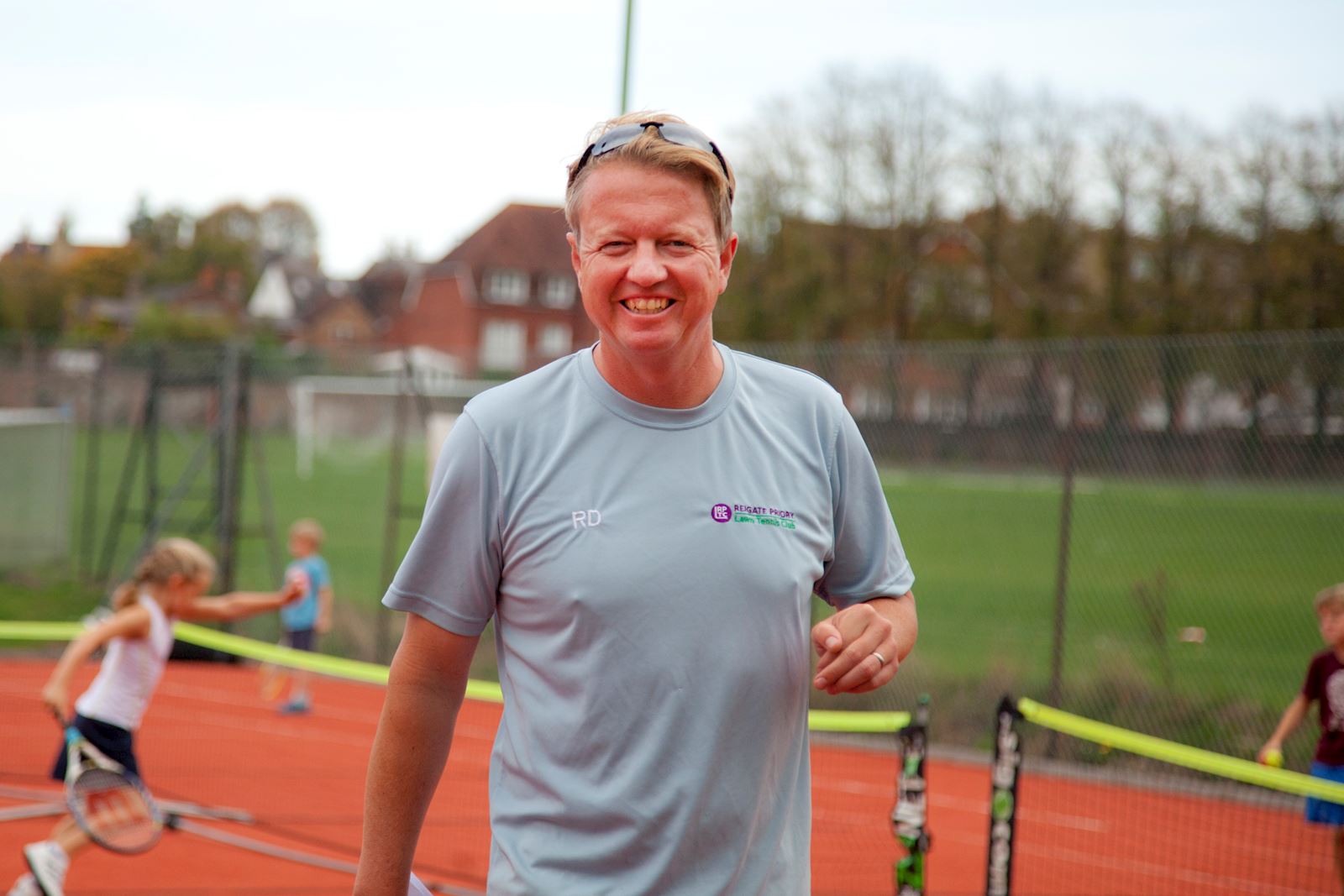 Earliest playing memory: I remember starting when I was about 4, using an old Bjorn Borg wooden tennis racket – It was almost the same size as me! My family all played and being the youngest I wanted to be good enough to join, which created my early drive.

Favourite tennis player: Roger Federer - My hero and probably the reason I changed career paths from marketing to tennis coaching – to play and teach others to play like him.

Coaching philosophy: Footwork, hit 1000s of balls, have lots of fun and make everyone smile!

What do you love most at Reigate Priory LTC: The beautiful setting - We should rename where we are Reigate Priory Sports Park, plus its just 2 mins from the high street, yet feels like the middle of the country.

If you could have dinner with any tennis great who would it be: John McEnroe, played when tennis was at its best or Steffi Graf for her legs!

How long have you been at Reigate Priory LTC: I first started Coaching at RPLTC in 2015 and over the years I have met many lovely people who have kept me coaching here! My interest in coaching grew when I started helping out at the age of 16 at Leatherhead Tennis Club.

Earliest playing memory: My friend Rebecca introduced me to tennis when we were very young. We used every opportunity to adapt an activity to incorporate tennis. I hit loads of balls against the garage wall and finally succeeded in taking it over as a hitting wall rather than a horticultural wall!

Favourite tennis player: Rafael Nadal. I admire his work ethic, his intensity, discipline and his humble manner. As a left handed player myself I found it particularly helpful to watch him play when I was younger.

Coaching philosophy: Firstly, one needs to develop as an athlete and build tennis skills on this foundation. My focus is on a good warmup as I feel that sets the tone for the lesson. My main emphasis then is on footwork, technique, stamina and attitude.

What do you love most at Reigate Priory LTC: For me it has to be the peaceful surroundings yet accessibility to the town.

If you could have dinner with any tennis great who would it be: Nadal..it would help my Spanish!

How long have you been at Reigate Priory LTC: I joined when Russell did in 2006, the only difference is I was age 4 and he was coaching me! I started playing in the Surrey leagues aged 10 and did my coaching qualifications when I was 16, safe to say I like the place! 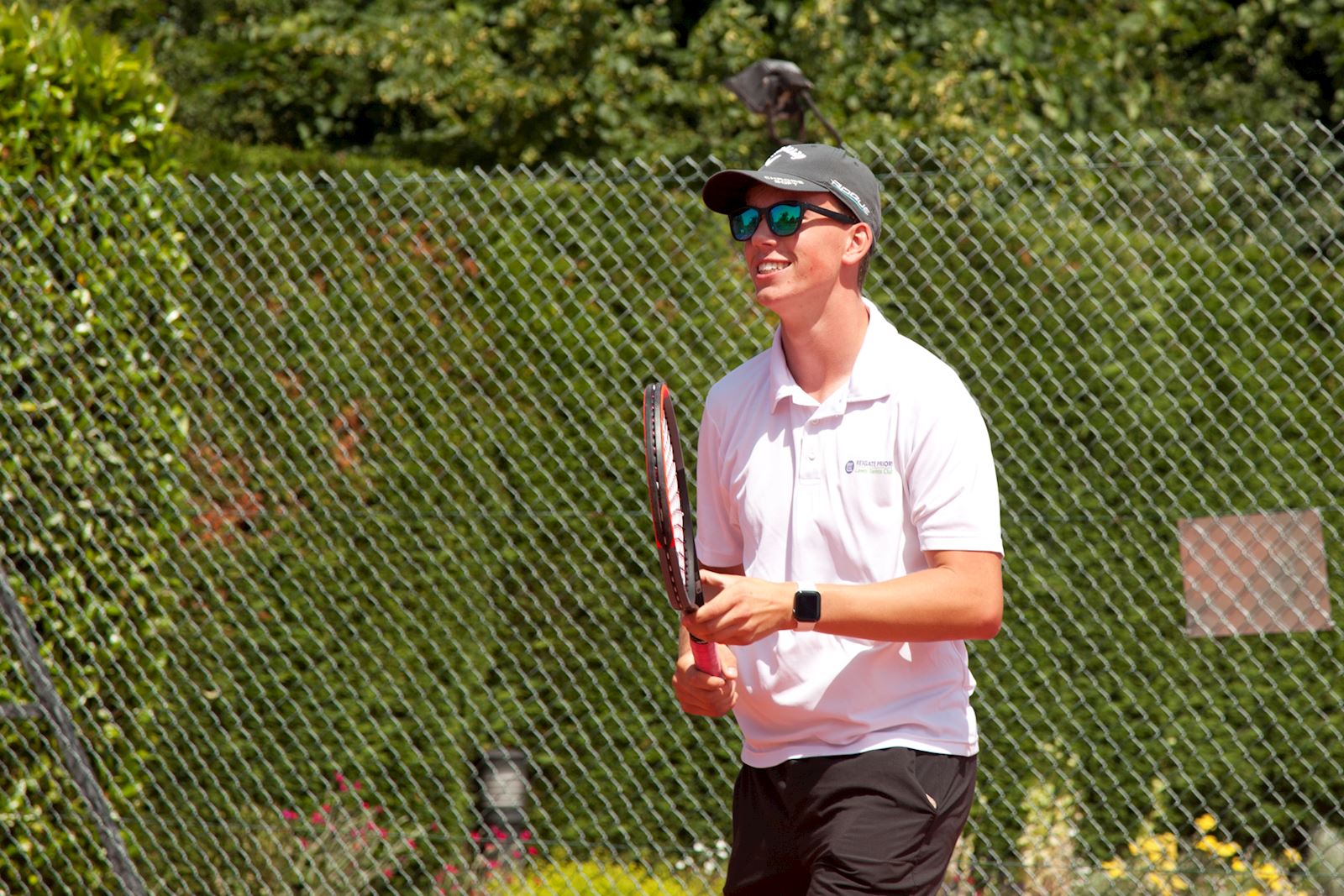 Earliest playing memory: I remember a PE lesson in reception at Reigate Parish School made me want to do more tennis, so I did an RPLTC Summer Camp and started term time lessons. Thoroughly recommended, though I might be biased!

Favourite tennis player: Roger Federer. His pure class and sportsmanship encompasses everything I love about tennis.

Coaching philosophy: Everyone has their own way of learning and a coach’s job is to help them find that way. That opens the path of discovery via hitting ball after ball after ball.

What do you love most at Reigate Priory LTC: We are so lucky to have such a beautiful club, which we can thank our members for. Everyone is just so nice. Our artificial clay courts make me feel like I’m in Portugal or Spain in summer too!

If you could have dinner with any tennis great who would it be: I think Nick Kyrgios would be good fun...